1999 – Every six to nine weeks, teachers face one of their less favorite tasks – grades. If they’re the diligent sort, they’ve spent every evening of the grading period carefully recording and averaging their students’ scores. For the rest of us party animals, grades mean at least a near “all-nighter” of entering scores and marking report cards.

Fortunately, there are lots of very good software titles that can speed the task of recording and averaging grades. Used well, they can even help the dedicated teacher in analyzing scores and improving instruction. Once you get over your initial fear of losing your “gradebook” – an unforgivable sin in the education world – computer gradebooks are really a blast. Careful backups and/or hard copies (paper printouts) aren’t a bad idea either!

I grabbed a basic list of gradebooks from the Pure Mac Software Teaching Aids page and found a few other titles on ZDNet and elsewhere. While at ZDNet, I did a similar search on the Windows side and was surprised to see that there was near parity in the number of offerings in gradebooks for both Mac and Windows. Not surprisingly, many of the programs below are cross-platform.

Each of these programs has its own learning curve. I’ve only used one of them extensively, but I have taken a good peek at all the rest and checked for compatibility under Mac OS 9. (If they flunked the Mac OS 9 test, I omitted them from this article.) For organization (and possibly impartiality), I’ve listed the gradebook programs I’ve found in order from freeware to the most expensive and in alphabetical order within that organization. If you’re searching for a computer gradebook, I think you’ll be able to find one that suits your needs and budget from the listing below.

The venerable Eagle Gradebook [since discontinued] is a Macintosh-only freeware offering by Rex Evans. It functions well on 68K and PowerPC Macs. The author chose a spreadsheet appearance to mimic the appearance of a traditional paper gradebook. While not updated since 1996, I couldn’t make the Eagle crash under Mac OS 9, and the author states the program was targeted to work on a Mac LC under System 6.0.5 or later! ZDNet didn’t like it much in their review, but I found it about average for gradebooks.

First Class Gradebook 1.5b5 (1950K) from First Class Systems weighs in as a very attractive PowerPC or 68K offering. Built upon a relational database engine for flexibility and speed, it also carries a database type learning curve! The documentation is provided in a well-organized and thorough PDF document, along with a good tutorial. This one won’t fit on a floppy disk for portability, but it will do everything for you except brush your teeth – once you figure it all out.

Teacher’s Aide (84K) by Ryan Koopmans is another older, but still functional Mac-only gradebook. The documentation is limited. As the Read Me says, “Open the sample class and play around with it for a rough idea of how the program works.”

Than’l Interactive Design offers theGRADER (1104K). This PowerPC only application is designed to be simple and quick but still store student information, comments, assignments, and calculate percentages and assign letter grades for an entire class throughout a course. I’m so used to the spreadsheet format of electronic gradebooks that I found theGRADER difficult to use, but I think that was just me! I also couldn’t find a raw score setting or view all students command in the application. theGRADER’s strength is its interface window that doesn’t overwhelm those who’d prefer spreadsheets stay in the bean counter’s domain. 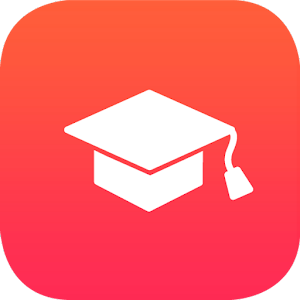 Get Out Your Checkbook or ‘the Plastic’!

Gradekeeper by Daniel Ethier is a cross-platform spreadsheet type program. The $20 shareware presents a standard spreadsheet view of a gradebook that seems to perform adequately under Mac OS 9.0. It’s feature set is comparable to other gradebook offerings, and it also offers a unique export function that creates an HTML document of the gradebook. Both the Mac (533K) and Windows (479K) versions were quick downloads from Daniel’s site. Gradekeeper is accompanied by excellent documentation.

The software lets musicians mix guitar effects, ultimately turning the final song into an amazing mix of melodies, sounds, harmonies, etc. It minimizes the time spent on the process, giving more time to review the whole song and improve on it. Musicians no longer have to look far for the specific beat, sound, noise, etc., they’re looking for. Free guitar amp software for mac. With the many choices the software has, it’s quite possible what they’re looking for is already there.

Gradebook Plus is one of the oldest and best known programs around. I’ve used an older version (circa 1992!) of it for years. It’s the only computer gradebook I’ve seriously tried for any length of time. I usually keep my gradebook files on a Zip disk and may enter grades at home on my Beige Power Mac G3, or at school on my Power Mac 7500/G3. I’ve been known to hook an external Zip to a Mac SE running System 7.0.1 and enter grades. Gradebook Plus is available in both Macintosh (402K) and Windows (912K). The Mac version is compatible back through System 6.0.2! While the individual price of $64.95 may seem a bit steep, the building license is priced at a very reasonable $229.95, with a discount available for cross-platform site licensing as well.

Misty City Software’s Grade Machine offers a lot of features and a clean, easy-to-use interface. It should, as it weighs in at a hefty $79 single user license or a $109 cross-platform user license. Site license pricing is not posted on the Misty City site. One of Grade Machines strengths is its ability to report out its data to the Misty City sister product, Grade View. Unfortunately, Grade View is offered only for the Windows platform. Demos of Grade Machine are available in both Mac (3572K) and Windows (2174K) versions. [Misty City Software was purchased by Pearson, who discontinued Grade Machine. The link above includes information on downloading and using the program.]

Making the Grade by Jay Klein Productions offers lots of bells and whistles to the usual spreadsheet type of gradebook, including student birthdays, calendar functions, and a really deluxe seating chart. Demos are available for both Macintosh (1 MB) and Windows (2.1 MB). I had a devil of a time finding a price and a place to order the full version until I check the included MtG Product Brochure. Full versions run $99.95 with discounts available for multiple copies.

Of all of the offerings, only the Eagle GradeBook, Gradebook Plus, Gradekeeper, and Teachers Aid are trim enough to fit on a single floppy disk. Of the eight gradebooks listed, all still run under Mac OS 9.0 and will reliably perform the basic function of calculating grade averages. Having said that, I found myself appreciating my already-paid-for older version of Gradebook Plus all the more. It’s like a old shoe. It fits and it’s comfortable.

If I didn’t have an electronic gradebook already, I think I’d have to make First Class Gradebook my starting point in any search for an electronic gradebook. There is a substantial learning curve involved, but as one reviewer stated, “Two terms come to mind when describing First Class Gradebook; Unlimited and bulletproof.” And I find a third term, “free,” pretty hard to beat.

In the next few weeks I’ll be doing a column devoted exclusively to “cheap or free” educational software. Got an idea? Email me, please! I can’t guarantee I’ll use them all, but will give them a peek.

Roger Clary has released a new $10 shareware title, Math Wizard. My students and I got an early peek at this one, doing some last minute testing for Roger just before its November 14 release. I told Roger that my initial reaction to the new math game wasn’t all that positive. It just didn’t turn me on – until my sixth graders kept asking when we were going to test the program, again and again. So much for my evaluation.

Math Wizard presents four different areas of math practice. Once I got over my initial software snobbery, I found “What’s Next?’ to be excellent practice for the type of items students frequently find on standardized tests. It’s definitely worth a download (1419K) and test drive. I think I’ll buy it.

We had some major problems last week with the PDF document links in the column Teacher Tools 1: AppleWorks. Those problems have been resolved and the links all should work well now. Webmaster Dan Knight has also been kind enough to change View from the Classroom to a larger size type so the author can read his own stuff with his 50+ year-old-eyes! Thanks, Dan!

[You’re welcome. Steve helped me remember that we’re an aging population, just as my eye doctor reminded me at my last checkup that bifocals aren’t too many years in the future. I’m slowly converting the entire Low End Mac website to a slightly larger type size than I used to use.]

I very briefly mentioned backups or hard copy backups earlier in this column. I’m going to repeat myself on that one, as I’m a survivor of having my electronic grade book go down in a puff of uncorrectible disk corruption. When I lost my gradebook, I was able to rebuild my grades from my lesson plan book, which doubles as a temporary grade book until I enter grades into the gradebook app, and from paper printouts.

As to backing up, Charles W Moore’s Backup Basics, which appeared here on Low End last week, has some valuable information on the subject. Dave Merten at About.com’s Focus on Mac Support has a couple of articles on backups and some of his recent, less-than-enjoyable experiences with data loss. If that doesn’t quench your thirst for backup info, I did a couple of pieces last summer on the subject, The End is Near: Backup Now! and Orbs, Storage, and a Legacy CD.

You may think the three of us all shared copy when reading the columns, but we didn’t. It’s just that old bug-a-boo that data loss occurs to everyone from time to time.

I know reading a column like the one above might put some of my readers into a near-diabetic coma from its sweetness. For balance, I’ll also add that the folks who program commercial teacher gradebooks could use a course or two in basic HTML design for their websites. While a couple of the freeware apps have no website and you must rely on Info-Mac or ZDNet descriptions, the shareware and other freeware sites effectively impart a good idea of what their product is and does.

In stark contrast, the more expensive commercial products have the most poorly designed and executed websites I’ve come across in any subject grouping since I’ve been writing a web column. Finding the basic product or demo download, registration or ordering information, or even a minimal description of the product required considerable effort. When an individual or company asks $60 to $100 for its product, I think the user deserves at least a minimally informative and user-friendly website.

If you haven’t been there yet and have any curiosity at all about the coming Mac OS X release, click your way over to Mac OS Rumors Developer Preview Gallery. Hurry! You need to get there before Apple Legal does!